Into the Unknown, Our Review of Frozen II
November 24, 2019 by Jack Anderson 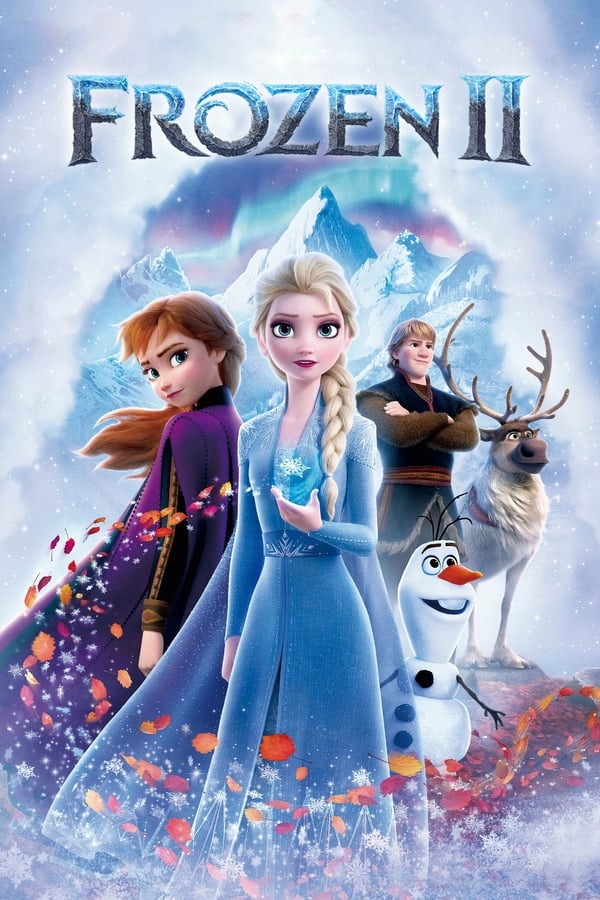 Frozen II has just been released and already, the film is smashing some records and may probably be part of the billion dollar box office club. But is the film good? That's another question, which we try to answer below, in our exclusive review from the film.

MAGIC
Disney is magic. Sometimes you could almost forget that this is a company. Not for long, because the money machine is always around the corner. Still, the firm was able to produce a long list of classics. Snow White, Pinocchio, Dumbo, Bambi, Cinderella, Aladdin, The Lion King, you name it.
But since the 2000's, the studio failed to release the same outstanding classics it once had the secret (excluding Pixar's films). Lilo & Stitch is not in the same field as some of the previous films. But two blonde princesses changed that, with first Tangled (2010) and ultimately Frozen, an instant classic from 2013 with an equally classic soundtrack (Let it go, anyone?).
Frozen was such a success that it made more than a billion dollars and became known by virtually everyone.

THE GIRL WITH LIGHT HAIR
Obviously, with characters so iconic and a new world created, why would you not expand it? It would be like falling in love with someone and not wanting to see that person again. But perhaps it would be better like this.
There is a French song called "La Fille aux cheveux clair" (literally the girl with light hair), written by author Philippe Labro and sang by Johnny Hallyday. It goes like this. A man on a journey stops at a train station and meets with a beautiful girl. They fall in love, but one morning, that same man decides to leave her. He doesn't know why he did it. But he did not want to see her face killed by time. He wants to keep the memory of her in his mind, forever.
I believe the same can be said for many films. They should be left untouched, but the desire to see those beloved characters again – as well as getting those beloved dollar bills – is greater than anything. Ergo, we are now six years later. Here is the review of Frozen II, that was just released four days ago.

A PRE-SEQUEL
In many ways, Frozen II feels almost like a sequel, as we spend the entire time focusing on the past. This is highly odd, as the (good) feeling from the first film was to let it go and accept your fate. Here, we actually accept nothing and look back. I don't have anything with this principle, but it is very difficult to excite the audience with a story focused on the past.

A NEVER-ENDING BEGINNING
Which brings me to the beginning of the film. The first part is extremely boring, as everything goes well. The way we meet again our beloved characters is really, really not exciting. Six years have passed, it could have been extremely easy to see them doing their stuff. But they do nothing. They just all live together and do nothing.
Not only this, but Frozen II is highly aware that its predecessor is a classic. There are even real flashbacks of the first film, which, to me, raises a big red flag. Also, Frozen II is so much in love with Frozen that there is even a scene in which Olaf explains to the forest tribe the story of the first film. What's the point? We all saw it already.

A BORING SOUNDTRACK
Very soon, we finally get to listen to the first song of the film. And we can sense already that this isn't the same. Is it bad? Not at all. But the songs are not as iconic, except perhaps "Into the unknown".

THE UNKNOWN
"Into the unknown" is actually the feeling I... felt throughout most of the film. I kept seeing in front of my eyes the blank page of the authors. I imagine them scratching their heads. How can we tell a new exciting story with those characters? Where should they go? What should they do? Clearly, we cannot stop thinking that the characters actually did not want to be brought back. So, we force them to live an adventure they don't want to live.
In the first film, Elsa couldn't control her power and was cast away (on her own), until she was brought back by her sister and Kristoff (and Sven and Olaf, obviously). Here, well... Elsa keeps hearing a voice from somewhere, which, for some reason, she's the only one hearing. She decides to follow that voice, which brings her to a mystical forest. Oh, but before that, Arendelle is threatened by some elements going nuts (wind, fire, earth). But before that, there's a flashback with Elsa and Anna's parents. They tell the sisters that there is a tribe in that particular forest and for some reason things ended badly. Back to the present, the sisters and their friends go to that forest. And this is the point where I cannot even continue telling the story, as it goes to so many different ways. Elements are firing up everywhere, new characters are being introduced, the gang is split, you name it. There were actually children in the movie theater and I'm pretty sure they did not understand a single thing. The only moment they laughed were with Olaf doing silly things.
So yes, the story is a mess as gigantic as the giants from the film. And it is not that exciting, because (spoiler alert), I knew right from the start that Elsa would be the... fifth element (are we really doing this?). I also knew right away that the dam would be destroyed at the end. So, instead of doing such an elaborated story that is actually very easy to imagine, I would have much preferred a completely simpler story, such as the one from the first film.
Still, I respect the envy from the writer to go towards the difficult path. But this path deserves many more rewrites in order to accept the story.
I also believe this is a good thing. You could have all the money in the world (Disney is worth 267 billion dollars), all the complex algorithms and the best animators on Earth, you'll still be nothing with the story. The story is the single most important element of any film. Without a story, you cannot do anything. And I believe this is very hopeful.

VERDICT
Frozen II is complex, deeply complex. There are many elements (on top of the five mentioned in the film), new characters, multiple stories with a sole focus on the past and a forgettable soundtrack. It clearly doesn't live up to the expectations. Still, the animation is obviously top notch and it feels good to meet again our beloved characters. For those reasons, I give the film 4 out of 10. Average.

I find you a little harsh with the film, I quite liked it, even though it is not as good as the original. I cannot stop whistling Into the Unknown!

Definitely the best song of the film. The echo of the outside voice is really beautiful, I'll admit that.