Smile, our exclusive review of JOKER
November 17, 2019 by Jack Anderson 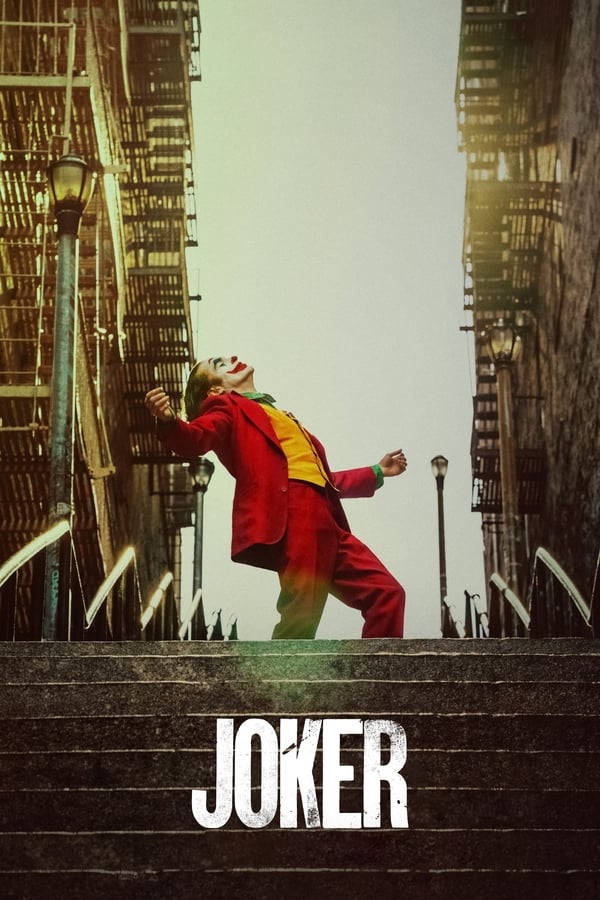 Joker has just passed the $1 billion mark at the worldwide box-office, with a mere budget of $62.5 million. We celebrate this success by posting our exclusive review of a film that is quite different from the norm.

THE TONE
Gotham, 1970's. The mood is set. We are taken back to a New York era where peep shows and criminals were co-existing and when people better had to walk on the sunlit side of the street. But the dark is spreading and decency has vanished.
From the first shot, we are taken aback towards one of the best era of filmmaking, the 1970's. The Godfather, Taxi Driver, Apocalypse Now, Dog Day Afternoon, One Flew..., Rocky, The Deer Hunter. Movies had a cut that included blood and the level of violence was exceptionally high for one single reason. Realism. This is the last decade before the technology era.
Watching this movie in 2019, there is definitely a wide sense of appreciation, for a moviegoer like me.

CAMERA
Todd Phillips wanted to shoot Joker on celluloid, like his previous films. I not only fully respect that, but I highly value films shot on actual film. I strongly believe in technology but I have never been more immersed in a movie than when it is shot on actual film. Digital is just not having the magic of film.
So, Phillips wanted to shoot Joker on film, in a wide format, but the rare 65 mm cameras were already rented by the productions of the next James Bond as well as Christopher Nolan for his next film Tenet. Three months before production, Phillips and cinematographer Lawrence Sher went to shoot test footage in New York and used their 35 mm cameras as well as the new ARRI Alexa 65, a new digital camera with wide frame, used more recently on films like Alfonso Cuarón's Roma. Sher explains: "We drove around to three or four different places around the city and captured imagery with no lighting in both those formats. And when we looked at them side by side, we really loved the large-format aspect of the 65."

LAUGHTER
One of the first scenes with Arthur (Joker) is him having an uncontrollable laughter. We learn soon after that this is a pathology and suddenly I discover that this is a real pathology, called PLC (Pathological laughter and crying) or PBA (Pseudobulbar affect). Whatever the acronym, the result on screen is so evident that I wonder why I never heard about it before. Joker is one of the most well-known pop characters and it's only today that I realized that there was a very realistic way to tell the story on screen.
The laughter idea is simply perfect. Arthur forces himself to laugh and is never able to do it at the right time. That was such a beautiful idea. And I cannot even imagine how difficult it must have been for the actor to pull it off. Many will not realize how complex simplicity is

THE CHAOS EMANCIPATION
Another thing I really liked was the way Arthur becomes Joker. By living in a world of fear and violence, the only one way for him to look himself in the mirror and emancipate is through chaos. Chaos becomes the new structure and it is very clear when he uses his gun for the first time (purposely). And this is where I deviate with many critics who failed to understand that this movie is actually very positive, in a sense that it doesn't magnify killers, on the contrary, it shows that violence calls for more violence. It depicts that, the same way good deeds spread happiness, violence and hate ask for more. Such as in the scene when one of his ex-co-worker keeps mocking a small person. His verbal abuse will ultimately lead him to his death.

THE CLOWN MOVEMENT
Even more realistic than The Killing Joke comic book, which is the ultimate reference for the Joker initial story, Joker goes on to tell a story that also resonated with today's society, where movements are spreading like cancer and may start like a flower and end up like a disease. I really liked that Arthur had no desire to start any movement whatsoever, but the violent society jumps on any opportunity to spread even more violence.

THE PERFORMANCE
Behind every classic, there's always a great performance. This film is no exception. Joaquin Phoenix is truly magnificent in this role and I highly appreciated that he confronted Robert De Niro, (I heard they confronted on set, but I'm talking on film), which is the ultimate passing of the bâton – pardon my French. Arthur Fleck is not so far away from Travis Bickle. You could even imagine Arthur taking a cab to go to Murray's show and seeing Travis in the rear-view mirror.

ESSENCE
While I truly loved the film, if I had to say something negative, it is that the film is so overly visual that the visual feast is actually letting less time for actual dialogue And I think that it's a trick, like using the joker from a card deck.

Joker Becomes First R-Rated Film to Hit $1 Billion
Put On a Happy Face, the First Trailer of JOKER Is Here