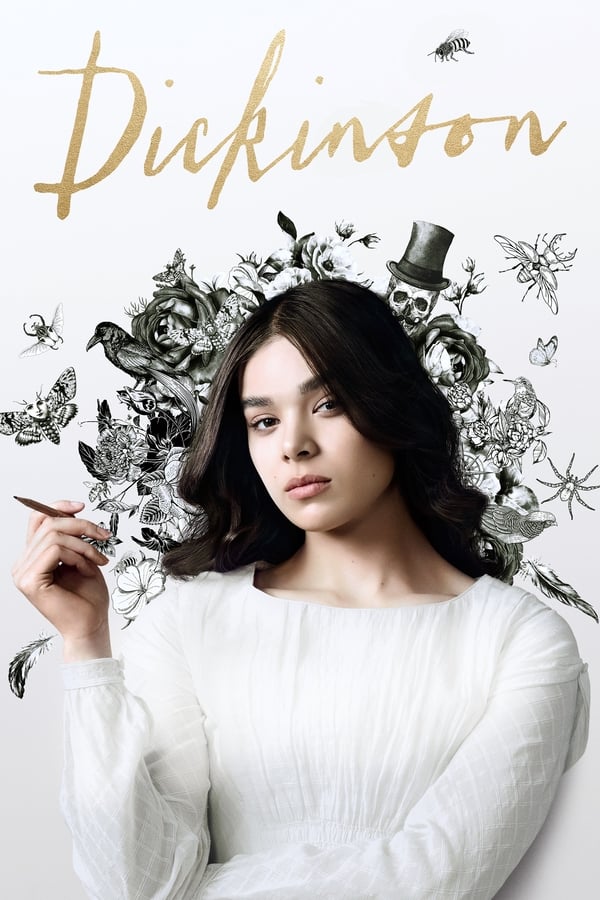 Hailee Steinfeld. Remember that name. She is the lead actress from the series Dickinson, in which she plays Emily Dickinson. Remember that name, because you probably won't remember the series.
Dickinson was one of the least promoted shows from Apple TV+. Why, do you ask? It's simply because it did not have a major star in it. No Jason Momoa (Aquaman, Game of Thrones), no Jennifer Aniston, no Steve Carell, no Reese Witherspoon and no Oprah. Just a young actress that you have probably never heard of. Hailee Steinfeld is, from the very first episode, a revelation. She shines in every single shot, or should I say, in every single frame. She's the crème de la crème, as the French would say.
She basically supports on her own, and without any celebrity, a series that starts intriguing but fails to deliver on its (not particularly high) promise. Without any doubt, the most intriguing part of the series was the story between Emily and her relationship with her brother's fiancée, Sue. The first three episodes are focused on that unusual love triangle and it makes for a very compelling storyline. Unfortunately, at the end of episode three, Sue goes away and Emily falls for a bright man, which has, contrary to Emily, no charisma whatsoever. He basically smiles a lot and doesn't say or do much. We simply cannot understand why Emily would fall for him. And when Sue comes back later in the season, everything falls flat. The end.

But according to our sources, Apple has ordered a second season of Dickinson, and I believe they made the right choice. If you want to be true to a story and to an audience, you must go to the end of that particular story, even if that story may not be perfect. There are still ways to focus again on the Emily and Sue relationship. And a series based on a poet cannot be that bad to watch.

Therefore, we will end this news on some poetry from Emily Dickinson herself:

And when they all were seated,
A Service, like a Drum -
Kept beating - beating - till I thought
My mind was going numb -

And then I heard them lift a Box
And creak across my Soul
With those same Boots of Lead, again,
Then Space - began to toll,

As all the Heavens were a Bell,
And Being, but an Ear,
And I, and Silence, some strange Race,
Wrecked, solitary, here -

And then a Plank in Reason, broke,
And I dropped down, and down -
And hit a World, at every plunge,
And Finished knowing - then -

Then I will remember her.

I think that series was quite good tbh