The Morning Show? More Like The Dull Show
November 2, 2019 by Jack Anderson 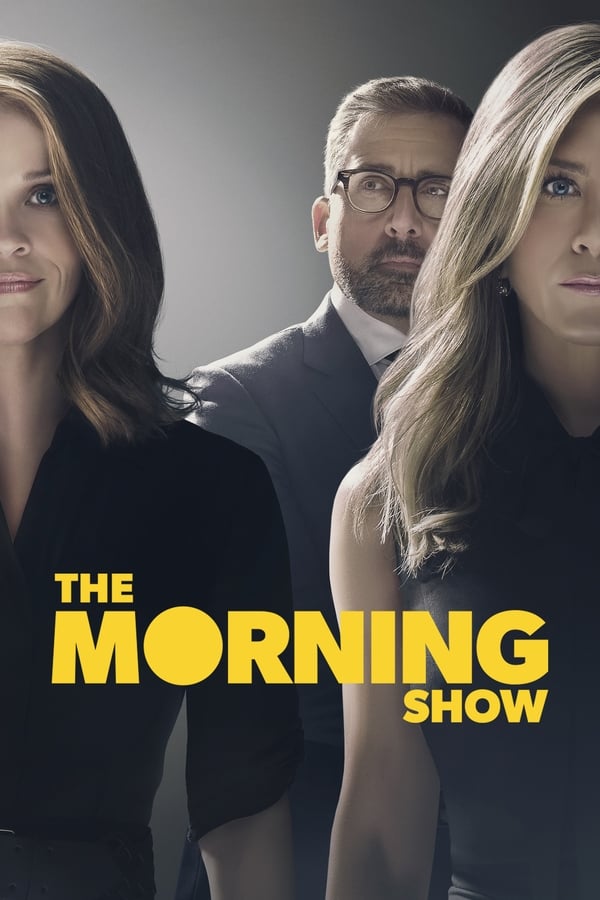 This is it. Apple TV+ is finally there. Released yesterday with much fanfare, the new streaming service from Apple is supposed to be the crème de la crème. Will it succeed?

Promoted since many months, the series biggest reason was supposed to be the famous cast. Jennifer Aniston, Reese Witherspoon and Steve Carell. The biggest irony is that those actors are known to be "comedy actors." I know that this may be totally reducible and it is. Obviously, such actors are not only allowed but should navigate towards dramatic roles as well. Charlie Chaplin played serial killers (Mr. Verdoux) and dictators (The Great Dictator), Robin Williams played a morbid killer (Insomnia), you name it. The problem is that the material from The Morning Show is not containing any real drama. From the very first second, we are told that the story is extremely dramatic, but where's the drama? Since we don't know yet the characters, we are supposed to care for them being in a negative spot. But the problem is that nothing is remotely interesting. As an audience, we do not care about a morning news show. At least not in this format.
So there is a lot of Jennifer Aniston being angry at the world. A lot of Reese Witherspoon being angry. And not a lot of Steve Carell, but when he's on screen, he's super angry too. So, Apple paid a lot to get three comedy actors and threw them in roles where they need to be angry, and therefore cannot show their funny potential.

The original idea made lots of sense. In an #MeToo era, this show tries to confront the subject and goes towards both fronts. It talks about women not being invited to the table of powerful men, while also showing some men being condoned for no real reasons but to have had relationships. The problem is that it simply does not work. By having three lead actors, we actually care for no one. The show is too complex in its format and is also way too long and boring. Each episode lasts for an hour (which feels like 90 minutes). A 43-minute format would have worked much better, or even a punchy half hour one. The editing is trying its best, but there are so many long pauses that there is apparently not a lot to cut.

Surely, the second episode is less boring, but the third is drawing back the audience into dull moments. Hopefully, Apple did not release all the episodes, because this is not a show you'd want to binge, at all.

The verdict is that The Morning Show is an angry drama with no drama, played by comedy actors.

What does that mean for Apple TV+? Nothing at all. Apple TV+ will be a gigantic success and you'll simply have to follow tvore.com to understand that. Our next article from tomorrow will tell you why the streaming service will actually change everything. To be continued.