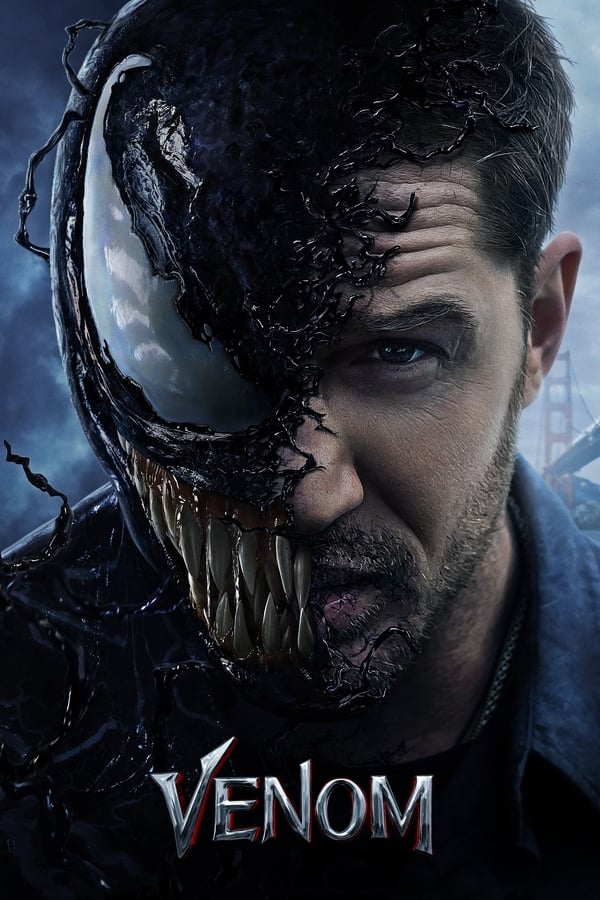 
Investigative journalist Eddie Brock attempts a comeback following a scandal, but accidentally becomes the host of Venom, a violent, super powerful alien symbiote. Soon, he must rely on his newfound powers to protect the world from a shadowy organization looking for a symbiote of their own.

The world has enough Superheroes.

3
I understand Kevin Feige's reluctance to integrate SPUMC more massively into the MCU, because right now it's not good. SONY's universe is still searching for an identity but without taking any risks or distilling any ounce of genius.

The film could have created a precedent if it had been R-Rated, but now it looks like a mediocre MCU film.

That said, it's the film that doesn't work. Tom Hardy and Venom work. They even work very well. In fact, I'm not against finding them in another, less messy film.

But it's fine. The absolute best parts are the interactions taking place within Venom himself (between Brock and the Symbiote) and the movie would have been a lot worse if Tom Hardy wasn't capable of pulling that off. Look, a _Venom_ movie probably should have been rated R, and it probably should have taken more notes from current superhero movies than superhero movies from fifteen years ago, but I still had a good time with _Venom_, maybe it's not the best possible version of the story, but I'm still glad we have this one.

_Final rating:★★★ - I liked it. Would personally recommend you give it a go._

gurteksingh
Venom is a great comic adaptation. I really like what they did with the character and the story. I thought the film was done well. The special effects are pretty good. I thought the characters were cast well, and overall I just enjoyed it. The film is pretty dark and violent despite the PG-13 rating. It didn't have a lot of blood, but there was a bit here and there. Characters are mostly tossed around and beaten, but a lot of them are not shown dead. That being said, some characters are still killed on screen. People are experimented on. A few people are slashed and stabbed. Guns are used, but not frequently. It definitely pushed the PG-13 as far as it could. There is a lot of language throughout, including an f-bomb. There is also a lot of drinking. I definitely recommend this movie. I think it is better suited for teens and up, but older kids that can handle strong violence may be okay.

javajohnny
I very much like it if you ask me (;

There seems to be quite a bit of agreement on what Im about to say about the film. Venom doesnt quite know what it is. It cant decide wether its a goofy, action or a horror movie. Therefore its all of it and none at the same time.

The goofy jokes are pretty lame, which is why they are funny, you dont laugh with the writers, you laugh at them.

The action scenes are meh at best,
car chase : check
motorcycle : check
ridiculous (bad) cgi fight: check
sure, watching Tom Hardy motorcross in San Francisco is quite fun, but its not really action.

Finally, the horror; there are glimpses, glimmers of hope scattered around this movie. Little snippets of what could have been, but as soon as they appear they disappear.

Two scenes really stood out to me due to their potential. After quite a lot of buildup of Venom getting into the building (BY RUNNING UP IT), Eddie decides to take the lift down. Instead of having Eddie walk into the SWAT team, they should have been swarming the building crawling through the floors looking for him. Then, they could have had an ALIEN like hunting scene where Venom slowly takes out the task force one by one, in true horror movie fashion.

Throughout the movie there are just continuous disappointments because you see what it is missing.

Instead of the cheap love story and all the stupid overdone things they should have been ballsy with their movie. Yes the movie DID make 800+ million, however im sure it was going to do that anyway. Venom is probably one of the most badass characters in comic history, and Tom Hardy is Tom Hardy.

I would have loved to see something along these lines:

Throw some more horror elements in there, and it would have made for a much more satisfactory watch. I have always adored Venom, and this movie had so much potential, but it was all for nothing. No rewatchability. Nothing worth remembering. Just a flick.

It was funny seeing Tom Hardy being a bit of a pussball, but even he cant help a crap script and an even worse film.

Per Gunnar Jonsson
It’s school holidays here in France which means the kids are at my place which in turn means lot’s of time in front of the screen. Last night it was Venom’s turn to be plopped into my Blu-ray player.

I have to say that I was a little disappointed. Sure it is a good movie and I did indeed enjoy it but not as much as I thought I would. According to the ratings it looked like the majority of the audience liked it a lot and I do like the character Venom. Sure the culture elite and politically correct idiots that Rotten Tomates use as “critics” claimed it to be rotten but, for me, that’s usually a good sign when it comes to my entertainment value from a movie.

The good things are that I found Venom, the creature, really cool. I liked his voice, his appearance and his no-nonsense attitude. The special effects and the action was very enjoyable to watch. Luckily that was my main reason for watching the movie. Actually, it is probably the main reason I want to watch any Marvel movie, especially lately given the poor quality of writers that Marvel has employed.

I guess it is a plus as well that there was not too much politically correct, green or social preaching in it. I am sure those so inclined can find more than me if they go looking for it but most of the movie audience, at least not for this type of movie, probably could not care less.

The main reason I felt somewhat disappointed is that the main protagonist is really not someone I could feel like I would root for. He is such a despicable douche-bag. For starters he is a low life journalist with an overblown ego and disrespect of pretty much everything. The kind CNN would employ. Even when he’s been infected by Venom he continues between being a worthless egoistic coward and just an asshole. Actually the only real difference between the him and the big bad guy is that the bad guy is a hundred times more intelligent. It’s not until the very end scenes that Eddie develops a minimum of likability.

It’s a shame since otherwise this would have been a great movie. The story is simple but works well for this kind of movie. There are no silly twists and convoluted sub-plots. The main protagonist, as poor as he is, at least do not carry a lot of past history trying to explain God knows what and such stuff.

Nelson
I thought it was pretty cool. Venom was a pretty good villain marvel film.