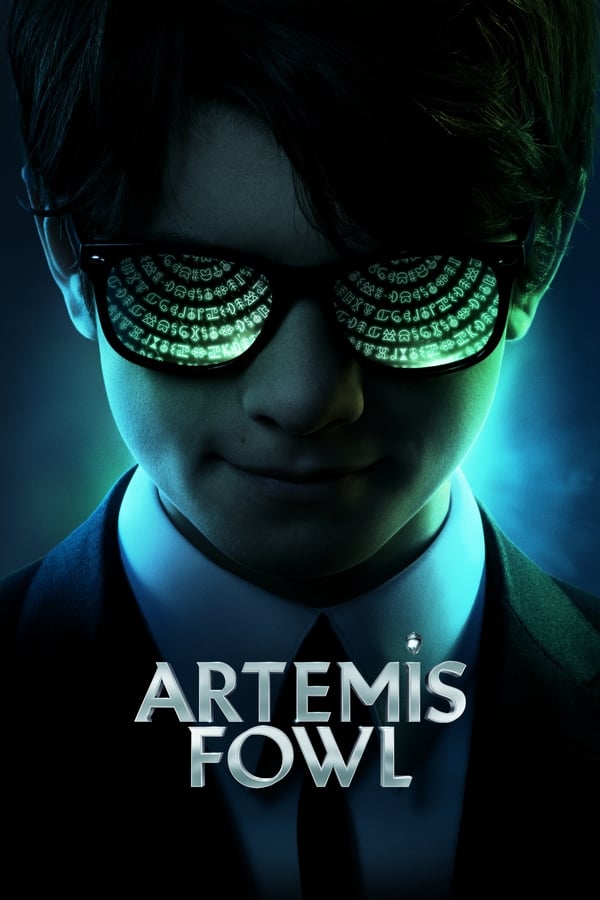 
Artemis Fowl is a 12-year-old genius and descendant of a long line of criminal masterminds. He soon finds himself in an epic battle against a race of powerful underground fairies who may be behind his father's disappearance.

One of the most delayed movies ever, Artemis Fowl, went through severe production issues. Its plans started in 2001 (!), and only almost twenty years later it’s being released… in a streaming service. Several directors and writers passed through this project, but Kenneth Branagh, Conor McPherson, and Hamish McColl are the poor souls that decided to stick around. I’m not going to extend this review more than what it needs to. This is one of the worst films Disney has ever released, live-action or animated!

I have no knowledge of the source material, so I can’t give my opinion about if it’s loyal to it or not. However, I can write that it’s a shocking, genuinely horrible adaptation of a book saga that I know holds an immense fandom. I’m so baffled at how bad this is that I don’t even know where to start. I absolutely despise criticizing young kids’ performances, especially when it comes to debuts like Ferdia Shaw’s. But, in this case, I can’t avoid it. I feel extremely sorry for Shaw, but his performance is truly embarrassing, not only due to his emotionless, bland expressions, but also the cinematography and editing.

Shaw spends the whole movie simply reading his line, and waiting for someone else to feed him the next one. I hate to write this, but it’s one of the worst debuts from a young actor I’ve ever seen. Nevertheless, it’s not all Shaw’s fault. The script is atrocious in every level, and for some reason, Haris Zambarloukos (DP) and Matthew Tucker (editor) keep the camera on the kid for way too long. Throughout the whole runtime, Shaw finishes his line, and the camera stays on him for extra seconds, waiting for the late cut, while Shaw’s flawed acting is vulnerable.

The screenplay and the lack of a coherent story are the worst aspects of all, though. As someone who had no idea about who Artemis Fowl was, how the worlds of humans and fairies worked, and what the rules of this fictional universe were, I ended the film confused and blown away by the messy structure. Josh Gad (Mulch Diggums) spends the entire movie narrating the events with the most awkward, growly voice, and Judi Dench (Commander Root) follows the same strategy. The amount of heavy-handed exposition brutely forced into these ninety-four minutes is absurd for a flick supposed to start a new film saga.

Every single line of dialogue resembles some sort of announcement like new information has been discovered, even when it’s not. The narrative structure is chaotic and tries to compact so much world-building that it’s impossible to care for a single storyline or character. For the first half of the movie, I had no clue what it was about. There’s a massive MacGuffin at the center of everything, a villain (?) who the film tells nothing about, and so many subplots jumbled together in a desperate attempt at making the whole movie make sense.

The editing is choppy as hell, the action sequences are hilariously bad with surprisingly dated CGI, and even the score (which might be the only decent component of this whole thing) makes a few scenes even worse. There’s also a side story featuring Lara McDonnell (Officer Short) that’s also poorly explored, but it’s far more captivating than anything remotely close to Artemis. The latter is such an uninteresting character, one who I didn’t care for a single second. I honestly can’t figure out how Disney was able to put this out.

Artemis Fowl is one of the worst feature films Disney has ever created, without a single doubt. There’s absolutely no redeeming quality about it. As much as it hurts me to write this, Ferdia Shaw delivers one of the worst young performances I’ve ever witnessed, but the embarrassment is shared by everyone involved in this atrocious mess of a movie. It’s genuinely baffling how bad it is. It holds an appalling screenplay, packed with annoyingly explicit exposition, ridiculous voice-over (sorry Josh Gad), and an excruciatingly massive amount of information that couldn’t be fit in a three-hour runtime, let alone such a short one like this. No storyline is explored nor executed properly, no character is close to being remotely interesting, every action sequence is a visual disaster, and the attempts at comedy fall incredibly flat. Technically, it’s as shameful as the rest: choppy editing, flawed cinematography, and surprisingly cheap VFX. The only minor positive might be Lara McDonnell, whose performance I think is pretty decent, but I cannot recommend this colossal misfire.

Gimly
I think that maybe if I had never read any of the Artemis Fowl books, then I would merely hate this movie. But I have read them, and that makes it even worse.

There are multiple characters in this movie who are doing a bad Cookie Monster voice, and the character with the worst voice of them all (Josh Gagrid) is also the narrator somehow? A decision which was both 100% unnecessary and 1000% annoying. As I stated, I read the books, but I want to be clear that I don't believe this movie is just a bad adaptation of that series, it is, stand-alone, pure fucking nonsense. Nothing in this movie is good, obviously, but nothing in this movie is even... an event. There is no throughline or followable plot or engagement between the characters and the audience or each other. I loathed almost every single moment of _Artemis Fowl_ and I don't want to spend any more time talking about it.

Louisa Moore - Screen Zealots
In today’s lecture titled “When Disney Films Go Wrong,” I present “Artemis Fowl,” a wholly unredeemable mess of a movie from director Kenneth Branagh. The studio dumped this trash heap on Disney+, and even the home streaming platform is far more than it deserves. There’s very little magic in this CGI-heavy family film, and it’s more of a yawn-fest than the engrossing adventure it obviously aspired to be.

Based on the first two books in author Eoin Colfer’s wildly popular children’s fantasy series, “Artemis Fowl” tells the ho-hum story of adolescent criminal genius Artemis (Ferdia Shaw), an annoying kid who captures vicious fairy Holly Short (Lara McDonnell) at her underground world in an attempt to harness the magical powers needed to rescue his dad (Colin Farrell). There isn’t much more to the plot than this, and the whole thing reeks of a grossly subpar “Harry Potter” rip-off. Even the story’s narrator, the oversized dwarf Mulch Diggums (Josh Gad), is a dead ringer for Hagrid.

The cast ranges from irritating and distracting (Shaw, McDonnell) to really talented actors who probably should’ve known better than to accept their roles for a Disney payday (Farrell, Gad, Judi Dench).

The movie gets progressively worse as it sputters along and, just when you think the film can’t sink any lower, a fabulously “wtf?!?” scene arrives where Diggums unhinges his jaw, scoops up dirt at a rapid pace, and poops it right on out of his rear end.

To be honest, I’d rather have watched that scene on a loop for the full 94 minutes rather than this substandard junk.

The House with a Clock in Its Walls
2018