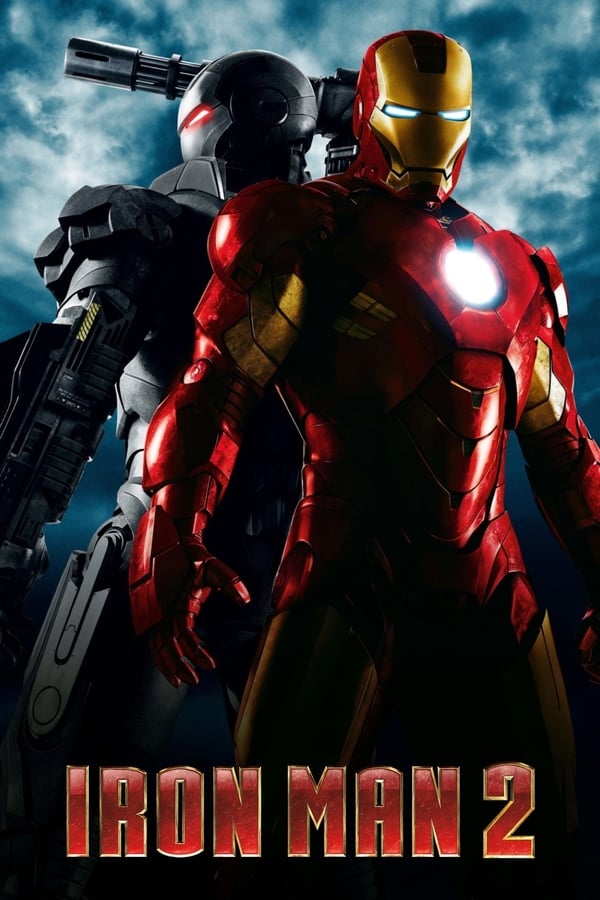 
With the world now aware of his dual life as the armored superhero Iron Man, billionaire inventor Tony Stark faces pressure from the government, the press and the public to share his technology with the military. Unwilling to let go of his invention, Stark, with Pepper Potts and James 'Rhodey' Rhodes at his side, must forge new alliances – and confront powerful enemies.

It's not the armor that makes the hero, but the man inside.

Michael A. Templeton
US Senator (uncredited)

- The post-credits scene is showing the hammer from Thor in New Mexico.

Random scenes with no story
By Jack Anderson

3
STORY
The biggest problem of this film is its complete lack of story. There is no clear storyline. During the opening of the film, we think that we might have a nice confrontation between Tony Stark and Mickey Rourke's character. But the confrontation takes place very quickly, at the Monaco Grand Prix. And then, nothing.
We go from one scene to another, and it is as boring as random.
The movie could have been much better if it had been actually much simpler. There are some good ideas, about the character being able to hack and pilot the Iron Man suit. But it is not well developed and does not follow the standard story-arc.

ECCENTRIC OR STUPID?
In the first film, Tony Stark was both eccentric and fun. Here, he is just mostly annoying and acting in a very stupid way. As an example, the congressional hearing is really painful to watch.

BLACK WIDOW
Iron Man 2 also introduces the character of Black Widow, played by Scarlett Johansson. Since she has no special power, except being gorgeous and doing some karate, she is not interesting at all.

ONE MORE THING...
And just a small thing, the people speaking in French in Monaco have actually a very pronounced accent that is nowhere from there. I always wonder how they cannot find French speaking people in Hollywood.

DIRECTION
John Favreau does the job and I don't have much to say about the direction, which is pretty clean.

ohlalipop
It was understood that the theaters would be sold out but when the three of us came there we just couldn't accept NO for an answer. So we were finally able to buy tickets BUT we were seated separately. It was fine though. The movie kept me entertained. Except for the guy near me who was snoring pretty loud, the movie was great.


Of course Robert Downey Jr was amazing as always. There might be weird critics with this movie but for me, I liked it. The action scenes were just right. It wasn't too much and it wasn't too little. It was weird seeing Don Cheadle though play Terrence Howard's character. I like Terrence better. And then there's Scarlett Johansson who is really sexy although I think there weren't that many acting for her in this movie. There weren't many lines. And what was weird also was that in this movie, the chemistry between Tony Stark and Pepper was not that much compared to the first movie although in this movie they actually ended up together. But all in all I liked the movie. Seeing old characters from the first movie and new characters. I can't wait for a 3rd Iron Man movie.


My rate for this movie is B+.

Dan_Tebasco
Yet another ridiculously high rated Marvel movie, we get it Marvel fanboys you just love it when a new Marvel movie comes out, so much that you forget any flaws in it and give it a 10 or a 9 anyways.

But come on seriously? Wouldn't you rather they spent a little time at actually writing a somewhat decent script and making it a bit more entertaining than to praise EVERYTHING they do to the skies just because you want a new chapter in the Marvel universe?

Cause this is NOT a good movie, 35 minutes of decent at best action and 85 minutes of nonsensical blabber.

Mickey Rourke was the only highlight in this movie, the scene at the racetrack with him was really cool but then he just became a wasted opportunity just like the rest of the movie.

A really boring turd of a film.

I find, the best way to look at this movie, is as two movies. Sounds strange I know, but bear with me.

On the one hand you have this Super Hero movie, it's about the main character, Iron Man (Robert Downey Jr.), flying around doing comic book-character type stuff, and it's this pretty okay action film that's worth taking a look at. Then, there's this drama with a hint of comedy, this other film isn't really a genre, it's just about the characters interacting with each other, it's about the main character, Tony Stark (Robert Downey Jr.), driving around doing billionaire-playboy type stuff, and this movie, is fucking great. Part script, and part flawless acting, this movie sets _Iron Man 2_ apart from any other Super Hero film out there. It was explored in the first film, and you get a similar thing there, but in this movie the division is more clear, and it bizarrely benefits from it.

When films go franchise-style, it's inevitable that there will be scheduling conflicts, it's an unfortunate part of the industry, particularly when you have a deadline to meet, and for whatever reason, an actor will be unable to return to their original role. Such an event takes place in _Iron Man 2_ when Lt. Col. James "Rhodey" Rhodes (originally played by Terrance Howard) is replaced by Don Cheadle. I personally think that Howard was better suited to the role, simply because he looks more like Rhodey does in the comics. But their way of dealing with the changeover is simple, and clever, the character's first lines, whilst making perfect sense in context, are "Look, it's me, I'm here, deal with it. Let's move on. Drop it." Very classy.

Although Mickey Rourke (_Get Carter, Sin City, The Wrestler, Man on Fire, The Expendables_) manages a very convincing evil Russian; Ivan Vanko, who's a perfectly good character, Whiplash as a villain is unfortunately somewhat lacking. Sam Rockwell (_The Green Mile, The Hitchhiker's Guide to the Galaxy, The Assassination of Jesse James by the Coward Robert Ford, Frost/Nixon, Moon, Conviction_) plays Justin Hammer, corporate rival of Stark's. Scarlett Johansen (_Eight Legged Freaks, The Girl with a Pearl Earring, The Island, The Prestige, The Spirit_) is another good addition to the cast, in the role of Natalie Rushman A.K.A Natasha Romanoff A.K.A Black Widow. Samuel L. Jackson (_Jurassic Park, Pulp Fiction, Jackie Brown, The Starwars Prequel Trilogy, Shaft, S.W.A.T, Kill Bill Volume 2, Snakes on a Plane, 1408, The Spirit, Inglourious Basterds_) portraying S.H.I.E.L.D Director Nick Fury, rounds out the newbies in the cast. And it's all good news.

The Hammerdrones are an attempt at revamping the whole boss-battle that was such a let down in the original film, which honestly, once again didn't really work out. Once again it's a case of the character interaction that makes the film what it is. The effects also went a long way in the line of helping out the film, 'cause they were awesome. There are a couple of negatives in the script, just those moments when the suspension of disbelief is not... suspend-y enough. As for example the line; "Congratulations sir, you have created a new element", is a little flawed.

Though if I was forced to choose between them, I would probably say that _Iron Man_ is the better of the two films, but _Iron Man 2_ has a better re-watch value in my opinion, which I prize highly. I wait with baited breath for the next Marvel film to come out, _Thor_.

tmdb44006625
Honestly, it took me three tries to get through this movie once. It kept putting me to sleep.

The cast do everything they can to make their scenes entertaining, but Iron Man 2 is a just an absolute waste of two hours and $200 million. 1: The stupidly integrated villain Ivan Vanko who is given no backstory or true relatable motive (even Mickey Rourke was pissed at how his character was handled). 2: The pointless subplot of how Tony Stark has to create a new element to save himself. 3: The sloppy introductions of both SHIELD and Black Widow. There's very little here that is of any actual entertainment value, or at least to balance out how tedious the whole movie is to watch. No wonder why Jon Favreau left to make more personal works.