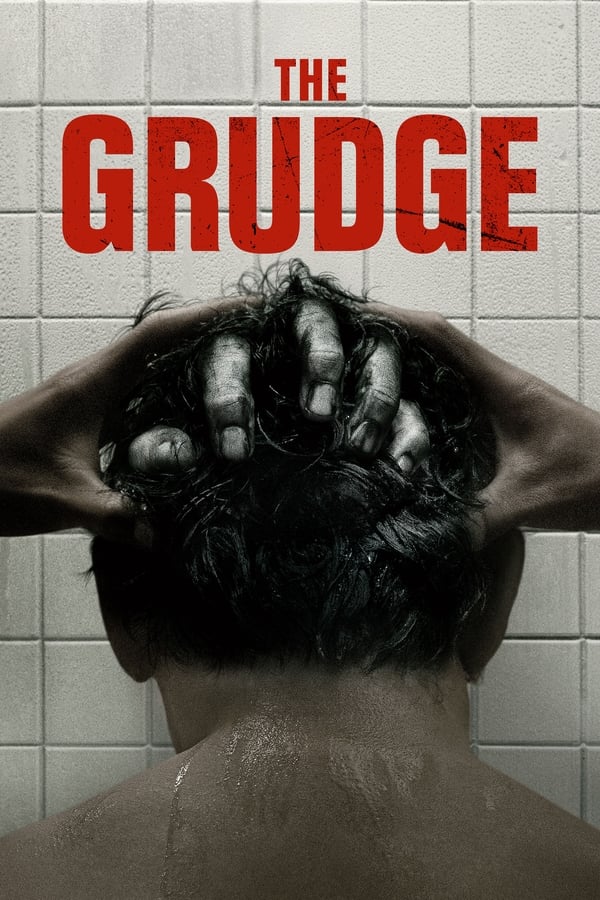 
After a young mother murders her family in her own house, a detective attempts to investigate the mysterious case, only to discover that the house is cursed by a vengeful ghost. Now targeted by the demonic spirits, the detective must do anything to protect herself and her family from harm.

4
I knew very well the franchise "The Grudge" or Ju-on and its trilogy of the years 2004, 2006 and 2009, since I had followed the Japanese and US versions as well. This creation had once again illustrated an excellence among the Asians created monsters, specters, urban legends ... impressive of anguish. For my part, the Japanese as much as the Koreans have always known how to captivate me in this register. It is therefore with a certain curiosity that I awaited this new version of the Kayako and Toshio duo, with their murderous rage. Well no, here they are quickly mentioned, the house they haunt in Japan is shipped in 3 seconds and now the curse travels to the USA (ohhh, apparently it can cross the ocean, too strong !!!) in a new family of spectra. The wink to the past once botched in speed, the new ghosts (a husband, a mother and their 6 year old daughter) lose in passing the physical specificities (Asian) which made their charm in the old opus, they are here westernized and therefore become extremely commonplace. Here we completely rework the central intrigue, "The Grudge" 2020 reveals an interesting approach of supernatural thriller where the investigation led by the heroine will become the common thread of the history of all the victims of the curse in his new home . It was nice at first, but throughout the story, despite the presence of Lin Shaye and John Cho, we are less and less captivated, it's slow, morbid, some bloody sequences or shots of dead bodies in decomposition, ultra-depressive characters ... The first films had haunted me, the arrival of James Wang in US horror cinema had seriously excited me with the very good Insidious (or Warren records ...) , but Nicolas Pesce misses his essay concerning me.

It's a brand new year, which means January gets to be the traditional "trash month" once again. In Portugal, it's actually one of the best months of the year since all of the Oscar-contender films are released (late) during these first few weeks. However, it still contains the formulaic action and/or horror movies. The Grudge, a reboot of a remake (because why not?), is the most recent addition to the group of horror flicks that no one really understands why they were produced.

I was never a fan of the film series, so obviously, I wasn't expecting much from a reboot of a franchise that always looked like a lazily cheap way of filming a few jump scare sequences with no remarkable storytelling. Nicolas Pesce shows some hints of talent regarding his filmmaking skills with some efficiently suspenseful scenes, but the aspect to blame in this type of movies is always the same: screenplay. I can't remember the last film I saw that treated the audience like the dumbest people alive. It truly becomes disrespectful. It's like the producers thought that the target audience for a horror flick was 5-year-old children.

It reaches a point where the movie itself feels like it's being very intelligent in the way it shares plot information. It creates this tense build-up, filled with characters almost dropping a big twist, and then... it's something so evident since the first few minutes of the film. This process repeats throughout the entire runtime. "Here comes a big twist! Are you ready? Watch out! Here it goes... BAM! You didn't saw that coming, did you?!"

Yes. We did. Everyone did. Even the theater supervisor who only shows up for a couple of seconds each half an hour was able to figure out everything that was happening. During the screening, I didn't know if I should laugh due to the ridiculously explicit plot points or if I should be frustrated for being treated like I was totally brainless. Everything about The Grudge feels painfully obvious. I try my best not to think too far ahead. I try not to predict what's going to occur or when a jump scare is going to happen. But this movie is so incredibly generic that I couldn't avoid knowing everything instinctively.

Story-wise or jump scares, it doesn't matter. Everything that Pesce tries to do, it's surrounded by such an aura of predictability that makes this horror film extremely dull. I mean, that's one of the worst feelings one can have while watching a horror movie, right? How can someone feel bored by a film constantly throwing jump scares and "massive" plot points every five minutes? Well, The Grudge was able to accomplish this miracle.

I don't know why The Grudge, as a film series, continues to exist. The first installment, which was itself a remake of the Japanese original, was a surprising box office success. Still, the majority of the audience and critics didn't really like the movie. The consequent theater releases were a disappointment. So, let's do a reboot of the remake, right? Nicolas Pesce seems to be a great filmmaker, he's able to easily generate tension and a dark environment, but such a huge misstep like this can hurt his career. The talented cast tries their best to bring this film to safe harbor, but the absurdly obvious, generic, formulaic, cliche story sunk the movie pretty hard. Its lack of surprising features, the extremely predictable jump scares, and the complete disregard for the audience, treating the viewers like the dumbest people ever, make The Grudge one of the worst horror films of the last few years.

Gimly
The fact that this is how my 2020 film-watching career starts seems like a **REAL** bad omen for this year.

JPV852
Despite a fine cast, this latest entry (and quasi reboot) is pretty dull. I did like some of Pesce's direction and shots, but far too many of the cliched zingers from these supernatural-horror films. Probably won't remember very much about this in a few days (if not less)... **1.75/5**

SWITCH.
Although handsomely shot, with several good actors doing their best and a small handful of unsettling visuals, 'The Grudge' is ultimately a dull, disjointed mess that is riddled with cheap “boo!“ moments. I hope Pesce rebounds quickly from this failed effort in franchise-building and gets back to making the kind of idiosyncratic films he's clearly capable of.
- Jake Watt