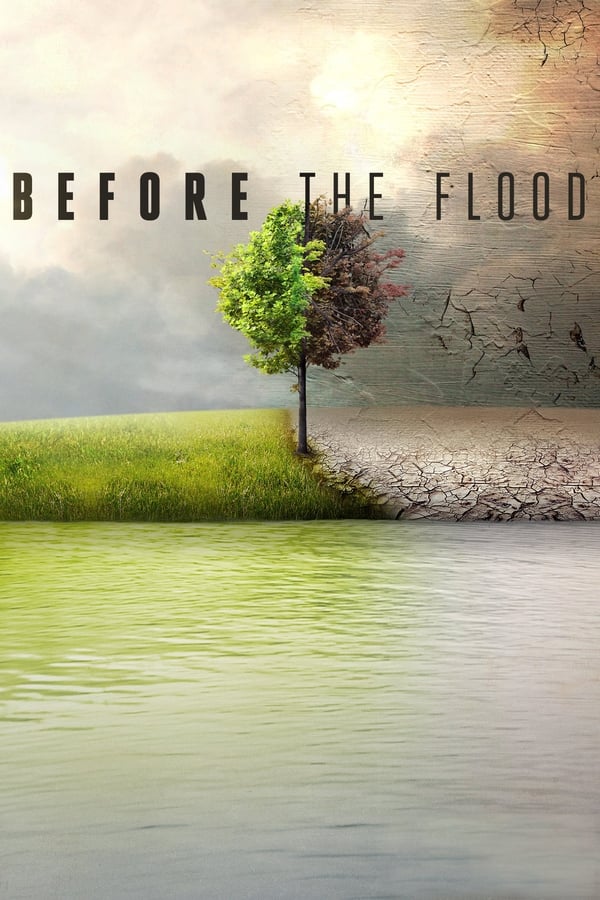 
A look at how climate change affects our environment and what society can do to prevent the demise of endangered species, ecosystems, and native communities across the planet.

The science is clear, the future is not.

8
Another great documentary about the emergency of the situation on our planet. Each of us need to do little things each day and that will be a big something.

Reno
**The world tour, observation and the report card.**

When I first heard about this, I thought what is this overrated actor doing here when the National Geographic decided to deliver an important message. The world would listen to the stars like Brad Pitt, Spielberg or the James Cameroon. Then I thought if he has the loudest voice in the American, then he's the right person to do the job for his nation. Because literally UN is the US.

It all began with his little speech at the 2016 Oscars. Then I did not realise, but after watching this, everything makes sense. Anyway, he was average, he just toured the world and did what asked for, the rest of the job done by the film crew, but the film and its message certainly not neglactable. So my appreciation goes to the writer, director and the production house.

Okay, let's talk about the film. It is not just an important film, but a very, very important film. So they made sure it to easily accessible by everyone around the world in different platform. Some people are encouraged when they watch films like this, but soon after they go to their regular thing. We do not need that kind of attitude here, because it is already late and we can't reverse the damages that's already been done, though it can be prevented from happening further. Like I said in my 'Racing Extiction' review, a small contribution by everyone matters a lot.

The actor who is appointed as the United Nations 'Messenger of Peace' is set to travel the world for three years to observe and collect the information about the impact of man made global warming. Actually, he never asked any genuine question to whom he's interviewing for this documentary, like they are maybe the experts, scientists or the leaders around the world. But the goal was covered, even if it was a small amount. Because the first thing you have to understand about this film is, unlike any similar climate change documentaries, this did not try hard to give a complete picture on its topic. It was just an observation and its report kind of film by an actor who was chosen by the UN.

> "If you consider this vastness of this universe, this planet earth is just a small boat. If this boat is sinking, then I think we will have to all sink together."

At some point, this film was beyond that. We had seen all the debates in the previous documentaries, but the perspectives were different with the same message, I mean the warning. Because it does not stop here, if we does not change and the message is going to be very louder and louder every time. What the actor saw through his own eyes on his journey were the separate incidents/disasters from different parts of the world what we had seen in a single film like '2012'. And who knows, that kind of collapse might go to happen as well in a near future if we don't act today.

The common line from all these documentaries are 'the global warming is real and it's happening right now'. But to whom it is said? For every person, the citizens of the earth, including you and me. I liked what in this film they pointed out, that the leaders listens people who voted them. Because they say only what we wanted to listen. So if we pressure them, they will fall in line. And this thing is badly needed to come to effect in the United States. If the America change their attitude, so the world would, because that's what had followed in the 21st century. But it seems they are lagging behind compared to the Baltic countries who are going fossil fuel- free nations.

This film's title referred as from the bible, like Noah's ark story. So do we need one if the polar ices completely meltdown? The answers is a big YES. Like the one that we saw in the film '2012'. Not for the whole world, but for those poor little island inhabitants. The continent's coast locals will relocate to inland. The fun part is the islanders did nothing big to suffer this, but those who did are going to be kind of safe in the mainland.

Every living organism, either in the land or in the ocean has the right to live just like us. So we must look from their perspective as well, because we're controlling the earth, not they are. We decide the earth's fate and it should be a good one, keeping in mind humanity's future as well.

This film has done its job, it's now on us to act. Don't think it is the government or the corporate's job, we all have our part to contribute and yes, it is so tiny, but the result will be enormous when we saw it together with everyone's contribution. Just watching a film like this is no use, we need to educate around us, especially for those has no opportunity to watch them or unable to understand them. This is a must see film and try to share the disc with your friends and colleagues. Because keeping it in your blu-ray/DVD case safe forever is no use. 'Before the Flood' is present, there won't be a sequel called 'After the Flood', because we might not here to make one.

Everyday Life in a Syrian Village
1974