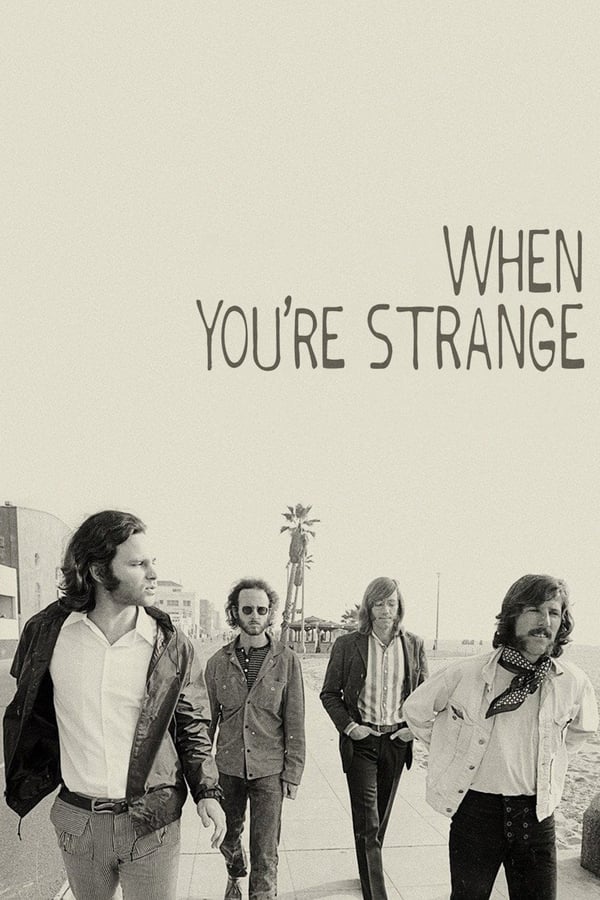 
The creative chemistry of four brilliant artists —drummer John Densmore, guitarist Robby Kreiger, keyboardist Ray Manzarek and singer Jim Morrison— made The Doors one of America's most iconic and influential rock bands. Using footage shot between their formation in 1965 and Morrison's death in 1971, it follows the band from the corridors of UCLA's film school, where Manzarek and Morrison met, to the stages of sold-out arenas.

A film about The Doors

To some, Jim was a poet, a soul trapped between heaven and hell. To others, he was just another rock star who crashed and burned. But this much is true, you can't burn out if you're not on fire.
— Voiceover


The Doors were together for 54 months. They've sold over 80 million albums worldwide. They still sell a million album a year. As of this date, none of their songs has been used in a car commercial.
— Voiceover

Nothing new
By Jack Anderson on February 9, 2020

4
As an admirer of The Doors, I watch this documentary with a sense of deja-vu and not having learned anything. There is not a single original interview. Nothing. Just stock footage with a voiceover from Johnny Depp, telling the story in the most basic of ways.

Sure, it is interesting, but it is pointless as it doesn't bring anything new to the table. It feels like rewriting an already-existing encyclopedia page. Also, there is no new or original angle. It is just the story from point A to Z with little inside information or interesting anecdotes.

Wuchak
Great documentary on The Doors.

RELEASED IN 2009 and written & directed by Tom DiCillo, "The Doors: When You're Strange" documents the rise and fall of The Doors from 1966-1971, narrated by Johnny Depp. From beginning to end, archival footage and photos of the band are featured focusing on the members: Ray Manzarek (keyboardist), Robby Krieger (guitarist), John Densmore (percussionist) and, especially (of course), Jim Morrison (singer/lyricist).

I’ve only seen two documentaries on The Doors, the one featured on Oliver Stone’s “The Doors” (1991) DVD, which features modern interviews with the band members & linking people (like Morrison’s witchy former babe, who loathed the movie), and this one. Both documentaries are great, but “The Doors: When You’re Strange” doesn’t focus on modern interviews, although some of the luminaries are asked questions in the archival footage.

The documentary is just transfixing from beginning to end and features 37 songs by the iconic band. Depp is, surprisingly, an excellent narrator and not goofy at all. Even if you’re familiar with the band you’ll probably gain some new tidbits. For instance, the band curiously never had a bass player, although Elvis’ bass player performed on their last album; as such, keyboardist Manzarek made up for it by essentially playing bass on one hand. Manzarek, by the way, passed away in May, 2013, at the age of 74.

Shot! The Psycho-Spiritual Mantra of Rock
2017