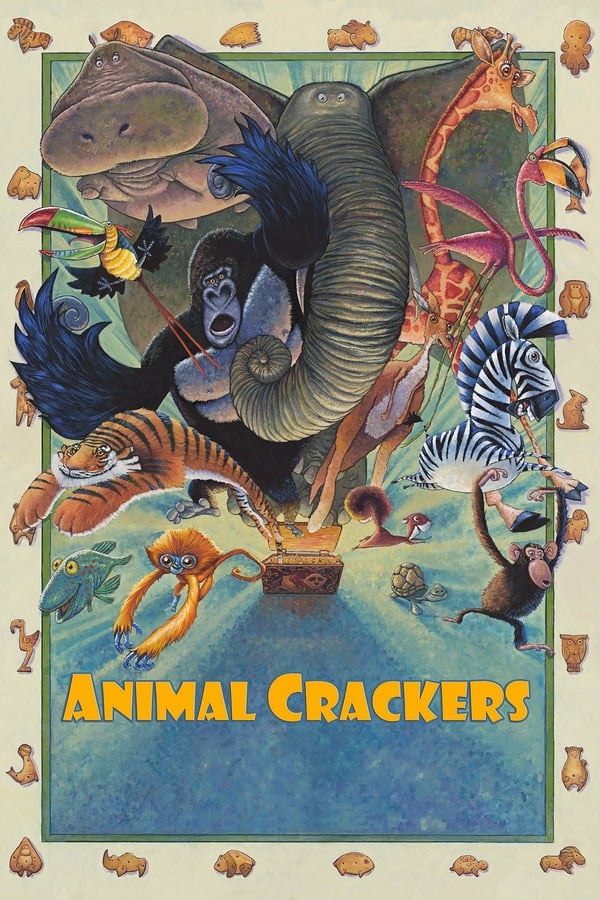 
A family must use a magical box of Animal Crackers to save a rundown circus from being taken over by their evil uncle Horatio P. Huntington.

The voice casting was excellent, they managed to stack the cast with celebrity voice actors (normally a death sentence as they don't all play well together) without me noticing, which is a sign of a good voice actor: that they feel natural in the character.

The writing actually seemed to be pretty decent, if formulaic, but I would have preferred a different antagonist scenario. The movie is all about family, born or chosen, and how great it is to be together, but both Mr. Woodley and Horatio embody the opposite of that so while it makes sense from a literary standpoint, it didn't feel intuitive for this movie. A scenario where it is all about working together to overcome someone / something (like a chief investor in the circus or a rival circus) would have been preferable, but both story lines were resolved in the expected manner.

This isn't going to be a deep movie, but it was certainly fun to (mostly) turn my brain of for a bit and enjoy it.