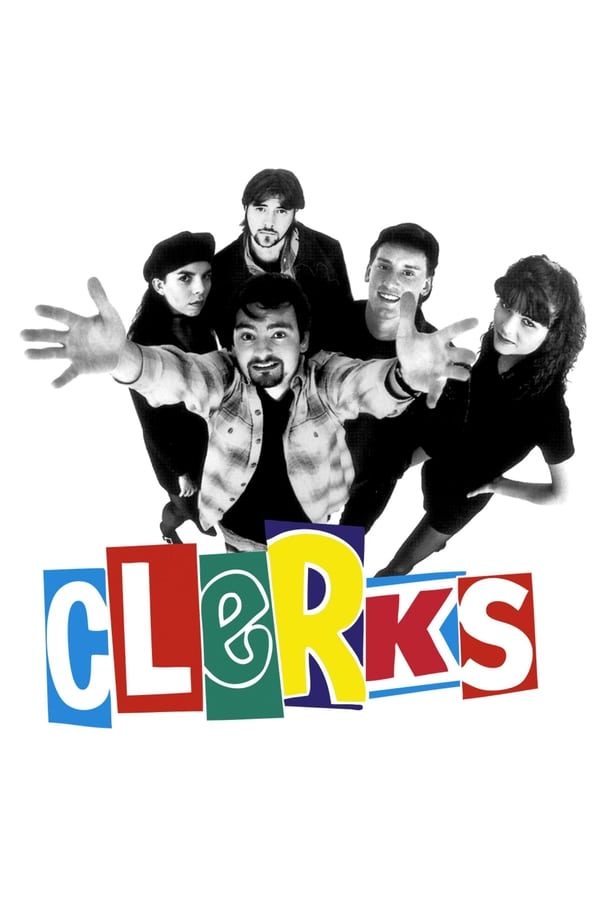 
Convenience and video store clerks Dante and Randal are sharp-witted, potty-mouthed and bored out of their minds. So in between needling customers, the counter jockeys play hockey on the roof, visit a funeral home and deal with their love lives.

Just because they serve you doesn't mean they like you.

talisencrw
Over the years, I have really enjoyed Smith's comic book writing, but this is the only film so far I have seen him direct. My cinephilic friends tend to dismiss his recent works, but this was very enjoyable. I like the influence he has had on independent cinema. 1994 certainly proved to be an important year for it, with the smash successes that independent studios had with 'Clerks' and 'Pulp Fiction'. I hope he sticks to directing films that he himself writes. I have the feeling he wants to expand his horizons but isn't quite sure how to go about it without alienating his huge fanbase. I have great confidence in him, and feel that if he puts his heart into it, he can be a great filmmaker, instead of a good one. I think for him to do so, he could do himself a great service and read a few less comic books and watch a lot more movies, particularly by the Hollywood greats from the Golden Age, such as Sir Alfred Hitchcock, Howard Hawks, Raoul Walsh and John Ford. It would be quite exciting to see what he comes up with, once his creative juices are recharged.

Andrew Gentry
Quite a controversial movie, I would say, yet the very one from all by Kevin Smith I actually like. Not for those below-the-belt jokes but this lowlife vibe most of us lost on the halfway to adult life. Now I find myself lying with my laptop on a couch, like I always do after a long day at work, filling out the form 8862 and recalling the times like that. The times when the bare minimum seemed to be a freedom and the only thing one needs to be satisfied with their life.

Jay and Silent Bob Strike Back
2001