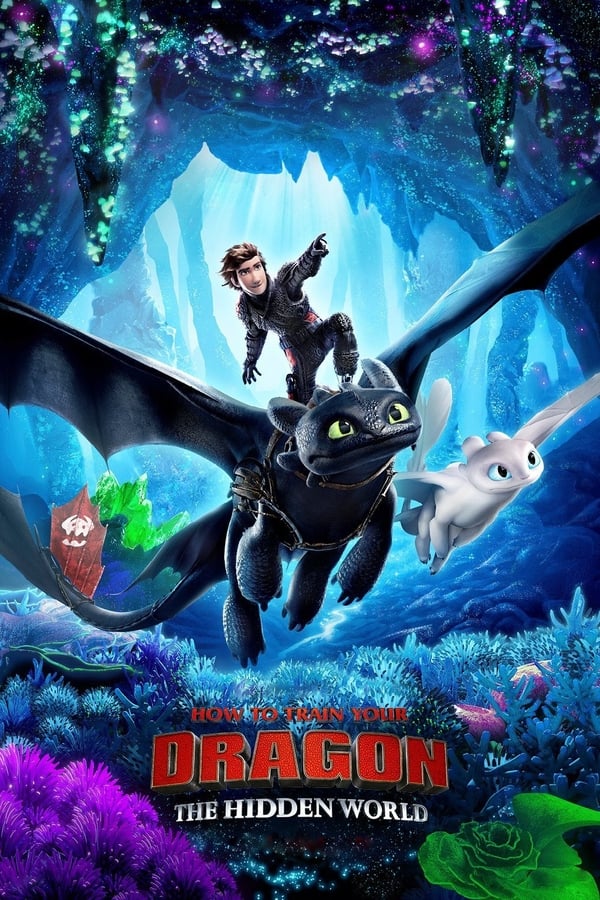 
As Hiccup fulfills his dream of creating a peaceful dragon utopia, Toothless’ discovery of an untamed, elusive mate draws the Night Fury away. When danger mounts at home and Hiccup’s reign as village chief is tested, both dragon and rider must make impossible decisions to save their kind.

The friendship of a lifetime

7
I already liked the first two movies, but this one was even cuter.

Gimly
I feel **veeeeery** much that we've done this dance before now. I definitely didn't hate _The Hidden World_, the animation's pretty speccy, Toothless is eternally adorable, some of the creature design is pretty cool (especially the new bad guy's beasties) and I appreciate ending a franchise on your own terms. But to me, this is still definitely the low point of the trilogy. Not crap, for sure, but hit on a lot of things I genuinely don't care for.

StevenGarcia
The new villain added for another whole level of spice to the franchise. The development of the characters we followed since the first movie has nicely culminated in this third installment. I hope they'd continue to make a follow-up show/series.

AndrewMartinez
THE DRAGONS OF BERK ARE BACK WITH A NEW MOVIE! I've been following the TV series while waiting for this one and it did not disappoint. Also, Hiccup did well on puberty.

KennethRobinson
I loved the upgraded armors of the riders of Berk plus, the thrill of the scenes were as dauntless as ever. Exactly what I loved about this franchise: costume design--check, risky adventures in 3D--check, adorable dragons--CHECK!

GeorgeClark
The relationships of the dragons and their riders also grew and it was both heartwarming and awe-mazing to watch that development on screen. I look forward to the next movie the team that gave us The Hidden World would come up with.

KevinRodriguez1
It might not have brought the same hype as the first two movies did for me but it made up with all those cool costume upgrades. The theme of friendship and family was still there and that made it a must-watch in my book.

BrianLewis
I still can't help but see Stitch every time I look at Toothless, Chris Sanders really did right by both characters. I'd say Toothless' dance was the highlight of this movie along with the epic fight scenes and the fire-saber sword. Overall, I'd give it two thumbs up!

EdwardLee
Berk is the people, not the place. This last movie closes in the franchise nice and good that it'll have you leaving the movie house with a satisfied disposition.

RonaldWalker
The first two movies felt like learning to ride and fly with a newfound friend while searching for the self. This third movie felt like doing a smooth landing after impressing with a spark blast and several loops. Great movie!

TimothyHall
Toothless being jack-clueless on impressing a girl is too relatable. However, on a more serious note, the animation upped a notch. The fire and blast effects were gorgeous and eye-catching.

JasonAllen1
This franchise is one of DreamWorks' best aces to boot. Although the third movie did not excite as much as the first two, it still makes for a good franchise-closure. Kudos to the entire team behind HTTYD!

RyanHernandez
Until the very end of the movie, everything was beautifully created. It was truly amazing to see all the characters grow.

RyanHernandez
Until the very end of the movie, everything was beautifully created. It was truly amazing to see all the characters grow.

EricHill
It was wonderful to see Hiccup as the one who was helping Toothless. A friendship that was not selfish, but rather, giving.

JonathanGreen
That was a tough decision for the main character to do! But no matter how hard it was to let go, it was the right choice indeed. Freedom is also love.