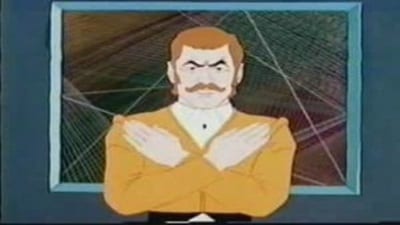 Near the Romulan border the Enterprise discover a one-man ship containing Carter Winston, a missing philanthropist. His fiancee Anne is aboard and the couple are happy to be reunited. But ""Winston"" transforms into an alien, knocks out Kirk, and takes his place long enough to order the ship into the neutral zone. The alien then takes McCoy's place to tell Anne to forget Winston and misdirect Kirk and Spock. They see through the ruse and realize ""Carter"" is a Vendorian, from a race of deceitful shapeshifters. It agreed to help the Romulans get hold of Enterprise. An outcast from its own race, it befriended the real Carter before he died and absorbed much of his feelings and emotions. It shapeshifts into a deflector shield to save Anne and the ship. At the end Anne suggests they try and make a go of it.