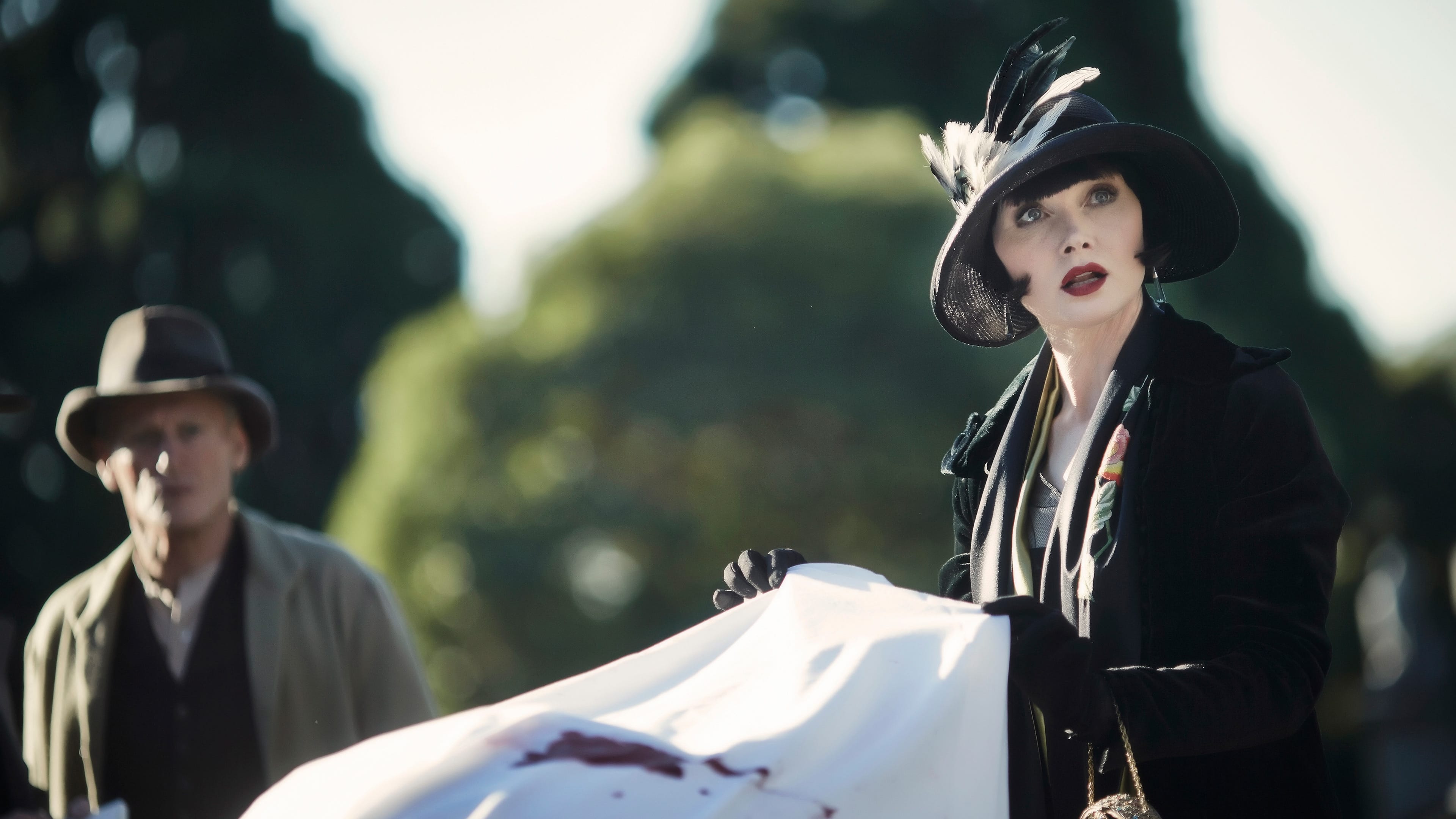 Phryne ends up playing host to some ghostly soldiers and exotic spiritualists. Aunt Prudence becomes swept up in the new spiritualist fad and gets a famous psychic to contact her dead godson.

"According to Natale, at the foundation of the considerable success encountered by spiritualism - in its different forms and over several decades (from around 1850 to 1920) - lies the ability of its promoters to combine commercial aims and religious beliefs. The spiritualist sessions referred to in the first chapter ("The Medium on the Stage: Theatricality and Performance in the Spirit Session") are a good illustration of this: they are in fact conceived as multimedia shows which combine entertainment and spiritual experience, without fear of contradictions; because these meetings not only imply the coexistence between staging and religious piety, but also give rise to different modes of participation, which range from adherence to skepticism through detached curiosity or pure fun. Attracting a large audience with diverse expectations, spiritualist sessions (public or private) are increasingly "spectacularized" in order to provide a leisure presented as authentic despite its obvious theatrical dimension. The performances of mediums in trance, in particular, are accompanied by speeches and practices which aim to certify their veracity: we recall the modest origins and the naivety of the medium incapable of faking the appearance of a spirit; we rely on physical evidence (drawings, casts, photographs, etc.) testifying to the reality of ghosts; theories of automatism are used to explain the exploits of seers who lend their passive and receptive bodies to the action of spirits. The fantastic of spiritualist occurrences thus calls for a particular mode of belief since the session, in spite of its sensationalism and its ostentatious character, seeks to provoke total adhesion to facts displayed as true."

Spiritualism is far from recent. This belief has existed since antiquity and is common to most civilizations. It found its strength in the middle of the 19th century and became popular thanks to sessions supervised by mediums with events such as: hearing blows, turntables, the creation of Oui-Ja, the spirits taking possession of the body of the medium ... In the 1920s, these sessions were very widespread and what could be more normal considering the hecatomb that was the First World War. Many desperate families saw these sessions as a means of communicating with their soldiers one last time. For my part, I am ready to believe in a life after death, but I also believe very much in the fact that many of these mediums benefited financially speaking of the misfortune of these unhappy. But also that these sessions were the subject of an attractive staging. Here the family of Phryne Fisher makes us attend one of these sessions, it is an opportunity to review the character of Aunt Prudence who we always find with pleasure (she is always fun) and to remind us that all the protagonists of the series were affected by this war. Here all this staging will give the opportunity to solve an old mystery unfolded in the battlefields. This episode also shows that some members of Phryne's family were not men of honor, far from it. The kindness and philanthropy of Phryne reminds us that we are, what we do.