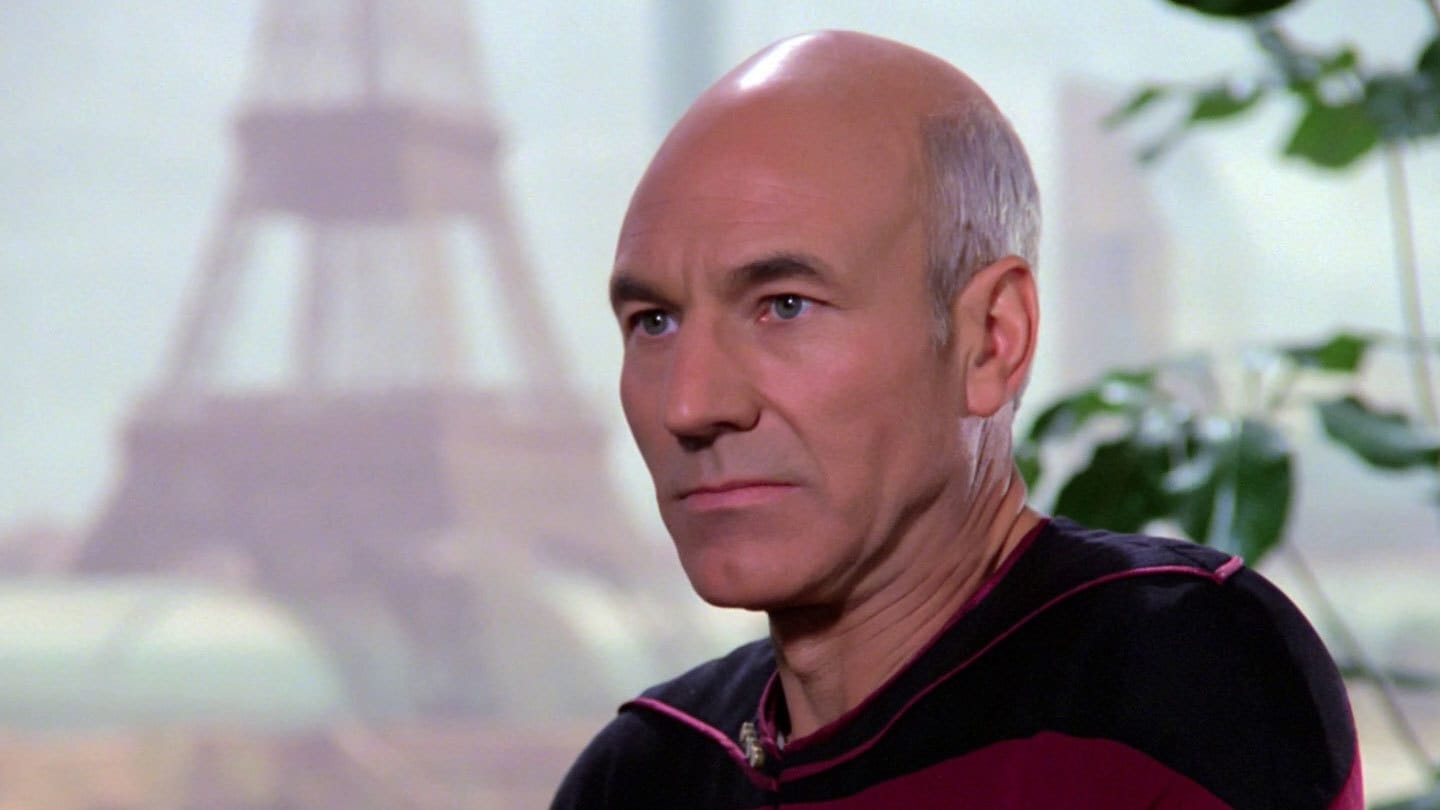 - The menu at the Café des Artistes includes such delicacies as "Croissants D'ilithium", "Klingon Targ a la mode," "Tribbles dans les blankettes," and "L'Antimatter Flambé."
- The title was a direct reference to Casablanca (1942). Indeed, Riker recalls a bar on Sarona VIII, and Picard recalls its name - the Blue Parrot Café. This is the name of Signor Ferrari's bar in the film.
- Cafe des Artiste was also the name of a well-known, upscale restaurant in New York City located off of Central Park West on West 67th Street. It opened in 1917 and closed in 2009.
- Dr. Crusher indirectly expresses her feelings for Capt. Picard to Deanna when she says that she can't compete with a ghost from his past. It is one of the few times in the series where a romantic relationship between Crusher and Picard is explicitly suggested.
- In the original draft, writers Deborah Dean Davis and Hannah Louise Shearer wanted to create a romantic mood with the insistence that Picard do "the wild thing" - discreetly, during commercial - some time in the course of the episode. The idea was vetoed by a number of men involved in the production - most notably Patrick Stewart.
- Jean-Paul Vignon, the actor playing Edouard, the waiter of the Café des Artistes, is the only actor (main actor or supporting actor) playing a French person in TNG who actually speaks French as a first language.
- Robert Legato and Rick Berman spent forty minutes on the telephone with Hannah Louise Shearer during the strike. While she refused to write the lines during the strike, Berman suggested dialogue and Shearer would give opinions with Legato taking down handwritten notes. Legato decided on the directing notes himself, and used a whip pan shot instead of an effects shot to film the three Datas as director Robert Becker had never used effects shots previously.] Shearer wasn't happy with the final result, saying "we were writing the most romantic episode in the world" but that "it was toned down 75%".
- Hannah Louise Shearer later complained of a lack of chemistry between Michelle Phillips and Patrick Stewart, which Phillips blamed on the conflicted nature of the character, one who was committed to her husband but also wanted to see Picard once more.
- This episode was affected by the Writer's Guild strike of 1988, with the result that filming had to be shut down while the show's ending was written.
- The first time Picard is seen fencing.

This episode starts in a very interesting way. Picard is reuniting with an old fling and we get to learn a bit more about his past, his French past, to be precise. The past of the most British of the French captains.
On top of it, we can see glimpses of two timelines separating. The episode was off to a cool start.

But unfortunately, the episode fails to deliver and ends up being messy and not entertaining.

And ultimately, while the woman plays very well and is obviously very beautiful, I did not sense any emotional connection between the two. There was no magic and it ended up being unbelievable. Ironically, Captain Kirk was laughed at by kissing a women in every three episodes. Picard is the opposite and you'd wish to see more emotions.

Last comment, I find it so bad that the French characters speak English in Paris. And their view of Paris is beyond cliché.